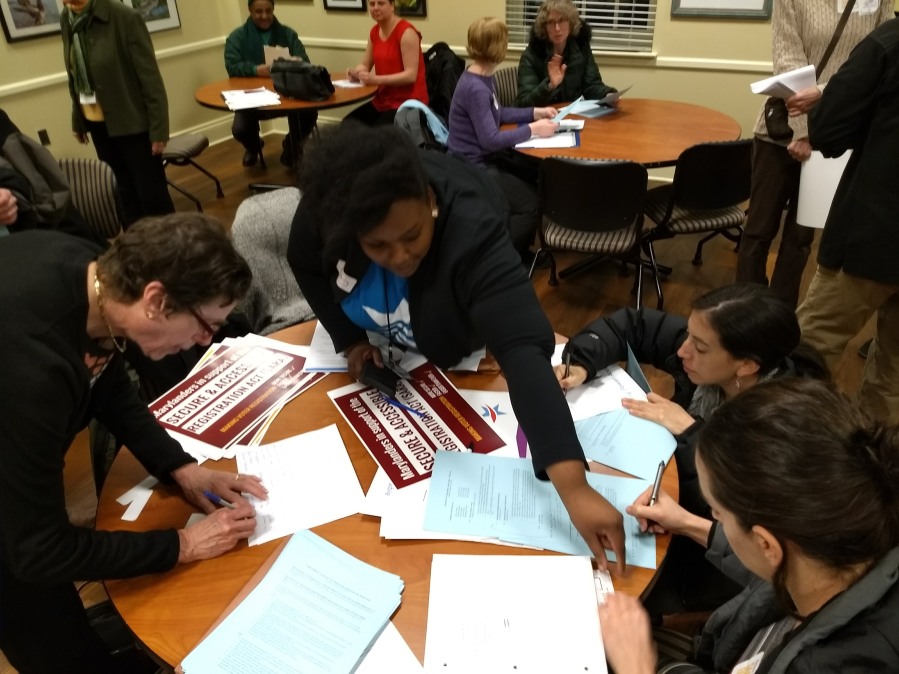 We met with State Senator Joan Conway, who is chairman of the Education, Health, and Environmental Affairs Committee, which will be reviewing both bills. Conway expressed confidence that both bills would get out of Committee and on to a floor vote. She committed herself to helping lobby her fellow Democratic colleagues in support of the bill. 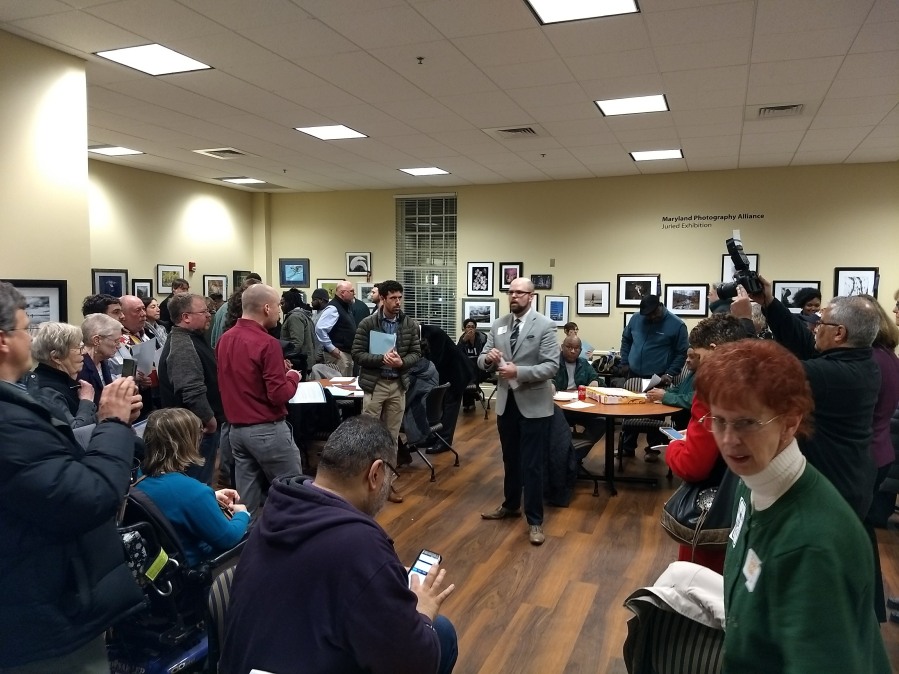 We also met with numerous House Delegates, who were very supportive of both bills and were confident that they would pass the House. Overall, we had an impressive turnout and managed to send teams of constituents to every delegation in the city and most in the surrounding counties. Afterwards, we heard for Delegate Luedtke, one of the sponsors of the bills, that our efforts had an impact in raising awareness of these two bills in the legislature.

Hey @indivisible410, a bunch of legislators you met with tonight asked me abt voter registration bills afterwards. Great work!

AVR and EDR are critical to protecting and expanding voter rights in Maryland. Indivisible groups in the Baltimore-region will continue to lobby the state legislature in support of these two bills as they work their way through the legislative process. 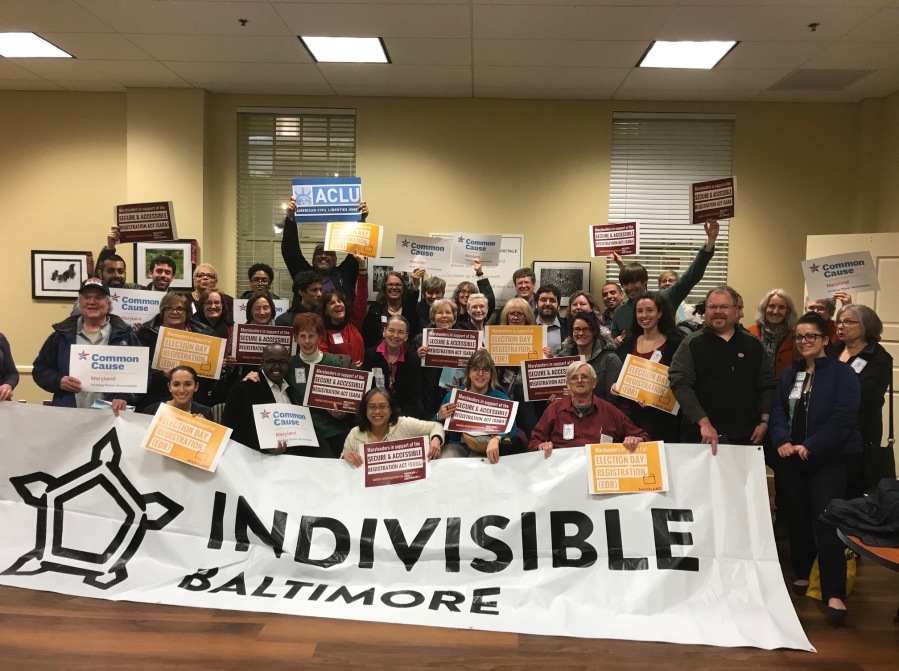